Are You an Uber Employee? 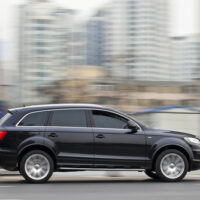 A new business model hit the streets a couple of years ago, taking advantage of the fact that people are already driving all over the place all the time, and plenty of these people wouldn’t mind giving somebody else a ride if they could pick up some extra cash along the way. Harnessing the power of smart phone app technology, companies like Uber Technologies, Inc. and Lyft Inc. have recruited thousands of drivers into a virtual workforce of taxi drivers.

But are they a workforce? Uber and Lyft treat their drivers as independent contractors rather than employees, but many of the drivers have begun to object to this classification. In fact, a pair of lawsuits are currently underway against both Uber and Lyft in the United States District Court for the Northern District of California in San Francisco addressing precisely that question. Both cases have recently survived attempts to dismiss the case through summary judgment, so it appears they are both headed for trial, assuming they don’t settle along the way.

In two different San Francisco courtrooms, judges Edward Chen and Vince Chhabria issued a 27-page opinion and a 19-page opinion, respectively, in the cases of O’Connor v. Uber Technologies, Inc. and Cotter v. Lyft, Inc. (To view or download the rulings, go the home page of the Northern District court and look for Cases of Interest on the right-hand side of the page). Both judges felt that the issue of whether Uber and Lyft drivers are employees or independent contractors raise enough legal and factual questions that they should be decided in a full trial.

Why does it matter?

The issue of employee versus independent contractor is very important to the worker as well as the employer. Employees are entitled to a host of benefits and protections not available to independent contractors, including minimum wage, overtime, meal and rest breaks, family and medical leave, expense reimbursement (such as gas and vehicle maintenance), workers’ compensation, unemployment and more. Also, federal and state employment laws protect only employees from discrimination by their employers.  For the company, adding employees means increasing the payroll and the payroll taxes that come with it, including paying for social security, workers’ compensation insurance and unemployment insurance.

Both judges have recognized the complicated and challenging task of defining a worker as an employee or independent contractor under California law. In most cases, the worker is presumed to be an employee, and the burden is on the company to prove the person is an independent contractor. The principal question is usually whether the company has the right to control the manner in which the work is performed, regardless of whether the company exercises that degree of control or not. For instance, does the company have the right to terminate the worker at will if its instructions are not followed? If so, this is strong evidence that the worker is an employee.

California has recognized a host of secondary criteria and factors to consider as well. These include:

As if that weren’t enough, California courts also use a six-factor test borrowed from other jurisdictions. This test includes factors such as:

So what are the drivers working for Uber and Lyft? Arguments in favor of employee status are that the companies exert significant control over the work, set standards for compensation and vehicles, and can terminate drivers at will. On the other hand, drivers use their own vehicles, set their own hours and decide when to work and when not to, and decide on the routes they use (i.e., how the work is performed). When a question is raised whether a worker is an employee or independent contractor, the answer is never simple, and the cases of Uber and Lyft drivers will be no exception.