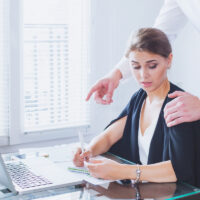 On March Sixth, the California Court of Appeals released its decision in Dickson v. Burke Williams, Inc., overturning a jury award of $285,000 against a company for failing to prevent sexual harassment and discrimination.

The wrinkle in this case is that the jury did not find the employer liable for discrimination or harassment, but only for failing to prevent discrimination and harassment. There was no harassment because the conduct was not “severe and pervasive,” and there was no discrimination because no adverse employment action was taken against the worker. Nevertheless, the jury awarded the worker $35,000 in compensatory damages and $250,000 in punitive damages.

Did the court get it right?

The employee’s argument was that the employer could be held liable for failing to prevent harassing conduct which was “actual harassment,” even if the conduct did not rise to the level of an actionable claim (a claim you could sue on). The court disagreed and felt that to go that far would allow a worker to hold an employer liable for any conduct the employee perceived as harassment, even though it would be lawful conduct under the law. This holding fails to consider that clearly the jury thought improper, harassing conduct occurred that the employer failed to take reasonable steps to prevent, enough so that the jury imposed a penalty on the employer of a quarter of a million dollars in punitive damages. Perhaps letting the jury decide these questions would be more in keeping with the legislature’s intent to protect workers from discrimination and harassment in the workplace that could reasonably be prevented.