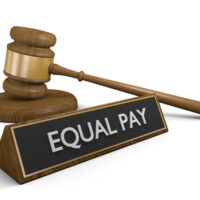 The field of California labor and employment law witnessed a great deal of change over the course of the 2015 legislative session. One of the most significant of these changes was the creation and signing into law of the California Fair Pay Act, signed on October 6th, 2015, and slated to enter into effect on January 1, 2016. Make sure you understand the major changes that this new law will introduce, and what your rights will be as a California employer or female employee.

The Fair Pay Act about to enter effect is already considered one of the toughest laws barring unequal treatment and pay of male and female employees in the country. California’s previous law on equal pay required that an employer pay male and female employees equally for “equal work on jobs the performance of which requires equal skill, effort, and responsibility.” This language had the effect of creating some critical loopholes through which employers could still justify paying male and female employees differently. For example, employers were cited for using different titles for jobs that were nearly identical, and, if they were criticized for paying those two employees differently, they would rely on the different titles to show that the jobs were not “equal,” thus not requiring equal pay. However, the law will now require employers to provide equal pay for “substantially similar work.” Female employees will now have an opportunity to prove that, even when the name of their position was different from a male employee’s, their work tasks and the conditions under which those tasks were performed were substantially similar, thus warranting equal pay.

Under the previous fair pay law, the exceptional circumstances under which employers could justify a difference in pay between male and female employees was left somewhat vague. Employers could rely on, among other things, any “bona fide factor other than sex” to warrant a difference in pay. Now, the law will describe what qualifies as a bona fide factor by continuing, “such as education, training, or experience.” The new law will also require that, when relying on a bona fide factor resulting in a difference in pay, the employer show that the factor is related to the employee’s job, and that it is based on a “business necessity” of the employer. If the employee can show that there was a way that the demands of the cited business necessity could be met in a way that still resulted in equal pay for the female employee, then the employer will not be able to rely on that factor as a justification for the pay discrepancy.

Finally, employees will now have a right to discuss compensation packages and salaries with their fellow employees without fear of retaliation by their employer. If the employee is nevertheless punished or fired for sharing this information, the employee will be able to sue in court for reinstatement and the payment of back wages.