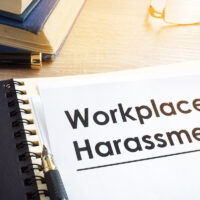 Among the numerous bills addressing sexual harassment that came before the California State Legislature during the most recent session, one has recently been signed into law by Governor Jerry Brown. Read on to learn about the new law designed to protect those who accuse a worker of, or discuss accusations of, sexual harassment, and contact a California labor and employment lawyer with questions about how this law could affect you or your organization.

On July 9, 2018, Gov. Brown signed AB 2770 into law. The bill has turned into statutory law principles that California courts had relied on when ruling on similar cases. Specifically, AB 2770 prevents individuals accused of sexual harassment from filing a defamation lawsuit against employers for conducting an internal investigation or against the alleged victim for making such a complaint. The law also states that employers may inform potential new employers of any investigation into accused incidents of sexual harassment, as well as the findings of such an investigation. The new law, championed by the California Chamber of Commerce and other business groups, is far less aggressive in protecting harassment victims in the workplace than other bills before the Legislature this term covering similar subjects.

In the past, lawsuits filed by workers who had been accused of harassment had been a serious problem for California employers. Employers have a duty to prevent and correct sexual harassment among their workforce, but facing the prospect of a lawsuit for carrying out this role could make employers gun-shy about performing this critical function. Additionally, even after the accused harasser moved on to a new role, the former employer could still face the threat of legal action. For example, say that a prospective employer reached out to the former employer for a reference, and the former employer discussed an investigation into an incident of harassment or findings that the worker did, in fact, harass a coworker. If the prospective employer then rejected that applicant, the individual would sometimes mount a legal claim against the former employer for publicizing these claims or findings.