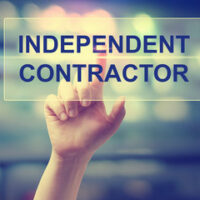 In a decision that could have a massive impact on California workers and employers, the California Supreme Court has developed a new test for determining whether a worker is an independent contractor or employee, and thus whether that worker is entitled to protections under the Industrial Welfare Commission’s (IWC) wage orders. The new test, issued in the case titled Dynamex Operations West v. Superior Court, significantly expands the definition of who qualifies as an employee. Read on to learn about the new test, and contact a Bay Area labor and employment attorney with any additional questions.

The plaintiffs in Dynamex were drivers who asserted that they had been wrongly classified as independent contractors by a delivery company, and that in fact they were entitled to minimum wage, overtime, and other protections offered to California employees under the IWC wage orders. Previously, California courts relied on the Borello test to assess whether a worker was correctly classified as an independent contractor or employee. This test involved over a dozen different factors such as whether the worker used their own equipment, whether they also worked for other companies, and whether they worked on their own schedule. In its recent decision, the court ruled that the Borello test’s array of factors made it too challenging to apply.

Instead, the court developed an “ABC test” for assessing whether a worker was covered by the IWC wage orders. Under the new test, employers will need to prove all three of the following factors, or the worker will be presumed to be an employee:

In developing the new standard, the court did not completely abandon the Borello test, but instead limited its application to cases related to California workers’ compensation cases. The new test both makes it easier for a worker to qualify as an employee, and places the burden on the hiring company to show that the worker shouldn’t qualify for the protections afforded to employees under California law.

If you have questions about how the changes in independent contractor classification could affect you as a worker or employer in California, contact the seasoned, professional, and knowledgeable Bay Area employment law attorneys Richard Koss and Rand Stephens for a consultation, in Antioch at 925-757-1700, or in Redwood City at 650-722-7046.