Can I Sue My Employer for Defamation? 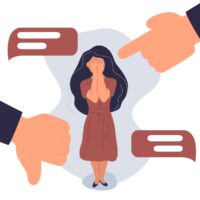 Not every job has a fairy-tale ending. Sometimes you and your boss simply do not get along. After working at the company for some time, either you get fed up or they do. You quit or you get terminated. Sometimes, you might not even be aware of the bad blood–you simply leave your job in the hopes of better pay or career advancement, unaware that your former boss feels slighted because you quit. You only find out when you lose out on a job because your old supervisor gave you an extremely negative reference, citing performance problems and other issues that are all news to you. If your former (or current) employer bad-mouths you to prospective employers or clients, do you have any recourse? Read on to learn about defamation in the employment context, and if you’ve experienced retaliation, defamation, or other problems in the workplace, call a seasoned California labor law attorney for help.

Proving a defamation claim can be challenging. It’s important to distinguish between fact and opinion. A defamation case can be based on false statements of fact, but it cannot be based on the speaker’s opinion. You can sue for defamation if someone falsely claims you embezzled company funds or consumed drugs while on the job. You cannot sue for defamation because someone says “I didn’t like him, I thought he was an ungrateful jerk,” even if that statement harms your reputation.

Employer Protections and Limitations on Defamation

Defamation claims against employers in the employment context are a bit more tricky than the standard defamation claim. Employers are afforded additional leeway when making allegedly defamatory statements. Employers may not generally be sued for defamation for making statements to their workers, nor may they be held liable for co-workers of the victim making defamatory statements to one another. (If the defamation persists and is based on an immutable characteristic such as race, the employee may, however, have a claim for hostile work environment harassment or discrimination.)

Employers are also afforded a higher level of protection (a “qualified privilege”) for making statements in job references to other employers. If your employer makes an otherwise defamatory job reference to a prospective employer, your employer will only be liable if you can demonstrate the statement was made with “malice.” It’s not enough that the employer was careless with regard to the truth of the statement; the employer must have been acting with deliberate ill will toward the victim.

If you are a San Francisco employee or employer in need of advice or representation concerning retaliation, whistleblower protections, workplace discrimination, or other California labor law issues, contact the Richard Koss Bay Area employment law attorneys at 650-722-7046 on the San Francisco Peninsula, or 925-757-1700 in the East Bay.