Most Common Illegal Reasons to be Fired From Work in California 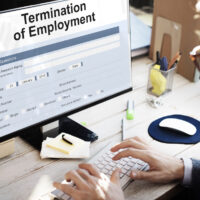 California law protects workers, dictating how, when, and under what circumstances an employee may legally be fired, laid off, let go, or otherwise terminated. Even with at-will employment, companies are not permitted to discriminate or retaliate against workers for improper reasons. Wrongful termination arises when an employer fires a worker in violation of a state or federal statute, principles of public policy, the worker’s employment contract, or some other facet of the law. A successful claim of wrongful termination can lead to the payment of lost wages, litigation costs and personal expenses associated with the termination, and even punitive damages. Below, we discuss the most common illegal reasons for firing an employee that form the basis of wrongful termination claims in California. Reach out to an experienced California labor lawyer with any questions or for help with an employment-related matter.

The majority of employees in California are “at-will” employees. At-will employment means the employer can terminate the employee at any time, for any reason or for no reason at all, and the employee can likewise leave at any time. Theoretically, the employer could fire an at-will worker just because they were in a bad mood that day.

Employment contracts can also specify that there must be good reason for termination. Likewise, most union workers are not “at-will” employees and can only be fired for cause.

Employers can terminate at-will employees for no reason, but they cannot terminate an employee for an unlawful reason. One of the most common reasons underlying claims for unlawful termination is termination based on membership in a protected class. Employees cannot be terminated based on their race, gender, disability, sexual orientation, religion, political beliefs or affiliations, age, medical condition, marital status, or for some other protected characteristic. According to data from the Equal Employment Opportunity Commission (EEOC), the most common workplace discrimination claims filed in 2018 were based on sex, disability, and race, in nearly equal numbers. Age discrimination came next, followed by national origin, color, and religion.

Employers may not retaliate against employees for exercising a legal right. Improper retaliation can occur where an employee is fired for doing one of the following, among other protected activities:

If an employee reasonably believes they or another worker were the victim of improper discrimination, for example in being denied a promotion, and the employee takes lawful steps to report or remedy that discrimination, the employee’s actions cannot be the reason for that worker’s termination. Firing that employee would be illegal, even if it turns out there was no discrimination initially. EEOC’s data indicated that retaliation was the most prevalent charge filed with the agency in 2018. Over 51 percent of all claims brought included charges of retaliation.

If you are a San Francisco Bay Area employer or employee needing personal assistance with a claim of wrongful termination, retaliation, or workplace discrimination, contact the Bay Area employment law attorneys Richard Koss and Rand L. Stephens at 650-722-7046 on the San Francisco Peninsula, or 925-757-1700 in the East Bay.