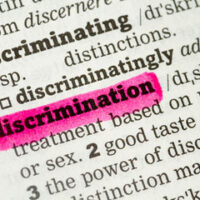 The Trump administration rescinded several guidance documents that set standards for evaluating compliance with the Americans with Disabilities Act (ADA) as well as claims of discrimination on the basis of national origin. The City and County of San Francisco sued the Department of Justice (DOJ), alleging that the agency did not follow proper procedure in removing the guidance. A federal court recently dismissed the case against the DOJ, but the fight will likely continue. Read on for details about the rescinded regulations and San Francisco’s lawsuit, and contact an experienced California employment law attorney if you are an employer or employee with questions about discrimination under the current rules.

In early 2017, President Trump issued Executive Order 13777, which instructed federal agencies to look for regulations that were ripe candidates for repeal, modification, or replacement. The Attorney General later issued a memorandum to the DOJ specifically looking for guidance documents that could be modified or rescinded based on the EO. In December 2017, the DOJ elected to rescind 25 guidance documents.

Among the guidance documents rescinded were the “Olmstead Guidance,” which instructed local and state governments on how to implement Title II requirements relating to integrating workplace settings for employees with disabilities. The DOJ also rescinded guidance on implementation of the Immigration and Nationality Act’s prohibition on national origin discrimination in the workplace. The DOJ’s purge also included other guidance documents relating to immigration, including agency interpretations of “protected individuals,” documentation auditors, and the right to work of asylum seekers and refugees.

The City and County of San Francisco filed a lawsuit in federal court against the DOJ. San Francisco claimed that the DOJ violated the Administrative Procedure Act (APA), which sets standards for federal agency action including the modification or repeal of agency rules and guidance. San Francisco alleged that the DOJ failed to provide any explanation for rescinding its guidance in violation of the APA.

Court Dismisses the Case for Lack of Standing

The DOJ moved to dismiss San Francisco’s lawsuit, claiming that it lacked standing to sue. Article III “standing” requires that the plaintiff in a lawsuit must have suffered an injury as a result of some action by the defendant, and that a decision by the court could redress that injury. The court found that while San Francisco may be right that the DOJ violated the APA, it did not suffer any actual “injury” as a result of the DOJ’s rescission; no existing laws passed by San Francisco were at genuine risk of coming into conflict with the ADA or other anti-discrimination law as a result of the DOJ’s rescission of its guidance and, moreover, its desire to comply with the federal laws and regulate its citizens did not arise to an actual “proprietary interest.” Any possible future conflict with the laws as a result of no longer having the DOJ’s guidance was too hypothetical to establish current injury.