Coworker Harassment: The Need For Protected Status and Severe/Pervasive Standard 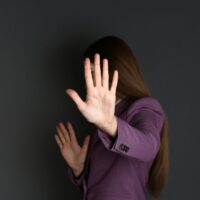 Federal and state laws prohibit employers from engaging in or permitting harassment of employees in the workplace. Workplace harassment can take many forms, but as a general matter, it concerns hostile conduct committed by supervisors or coworkers targeted at an employee based on an aspect of the employee that is legally protected. Below, we discuss the two key elements of a hostile workplace environment claim: (1) legally protected status; and (2) severe or pervasive conduct. Call a knowledgeable California discrimination and employment practice lawyer with any questions or for help with an employment-related matter.

A hostile work environment (HWE) harassment claim may concern sexual or gender-based harassment, or it may be based on other factors. For an employee to successfully bring an HWE harassment claim, they must allege both that they were subjected to sufficiently harassing conduct, and that that conduct was based on a legally protected trait or characteristic (race, gender, etc.).

Protected characteristics under California law include:

Conduct giving rise to an HWE claim cannot be occasional, isolated, sporadic, or trivial. It must be either “severe” or “pervasive,” or both. Bullying conduct may be “severe” if it involves especially offensive conduct, some form of unwanted physical contact, or if it involves a threat to the victim’s safety or well-being. Conduct can be less “severe” but still give rise to an HWE claim if it is “pervasive,” meaning regular and oppressive.

Conduct may be severe or pervasive if it alters the conditions of employment and creates a work environment that is hostile, intimidating, offensive, oppressive, or abusive. Courts will look at a number of factors to evaluate whether the conduct was sufficiently pervasive or severe, including the nature of the conduct, how often and for how long the behavior continued, whether the conduct was physically threatening or humiliating, and other circumstances relating to the conduct.

If you are a San Francisco employee or employer in need of advice or representation concerning workplace harassment, retaliation, whistleblower protections, workplace discrimination, or other California labor law issues, contact the Richard Koss Bay Area employment law attorneys at 650-722-7046 on the San Francisco Peninsula, or 925-757-1700 in the East Bay.