Employee Pay Deductions: Is It Illegal for an Employer to Deduct Employee Wages? 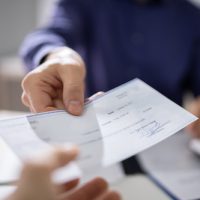 Understanding these guidelines is important to ensure you have received the compensation you deserve. If you do experience an employer deducting from your pay, it’s important to understand why this is happening, your rights, and whether they are doing it in a manner that complies with California law.

If you experience deductions from your paycheck or have been threatened with wage deductions from your employer, turn to the expertise offered by Bay Area Employment lawyer Richard Koss. Our dedicated team will investigate your case to ensure that you receive the compensation you deserve.

Can My Employer Deduct From My Wages?

Employers are held to certain expectations and standards that deprive them of legally being able to deduct from an employee’s wages. Examples of illegal deductions include the following:

If an employee receives gratuity through the form of tipping, an employer is not allowed to deduct that amount from an employee’s wages. California does not allow employers to take a “tip credit” by paying tipped employees less than the applicable minimum wage. However, business establishments can lawfully establish tip pooling among workers so that any gratuities offered are split among staff during that shift.

If an employer requires that a photograph of an employee be taken for work purposes, the employer must bear the cost of the photograph and other associated expenses.

If an employer requires that uniforms be worn by employees, the employer must cover the cost of the uniform.

If an employee undergoes a medical examination as required by their employer, the employer must bear the cost. An employer cannot compel an employee to pay for medical costs such as a health examination if the job requires it.

Damages or Losses in Company Money or Property

In most cases where a mistake leads to money or property damage, an employer cannot deduct the amount of the damage from your wages. For example, if you accidentally drop a rack of dishes, an employer cannot make you pay for those broken dishes. In extreme cases where there are shortages in a cash drawer, your employer might be allowed to take disciplinary action and even legal action to recover losses. However, they generally cannot deduct from your wages to cover their losses.

If you feel that your employer has illegally deducted wages from your paycheck, you are entitled to file a wage claim with the Division of Labor Standards Enforcement also known as the Labor Commissioner’s Office. Individuals can also move forward with a lawsuit against their employer over their lost wages.

If you no longer work for the employer, you can make a claim for the illegally deducted wages. If you feel your employer has retaliated against you because you have filed a claim, and as a result of that retaliation you lost your job, you can file a retaliation complaint with the Labor Commissioner’s Office. Or you can proceed with a lawsuit instead.

Work With a California Employment Attorney

If you have concerns about your employer or have experienced wage deductions that you feel are illegal, it’s important to contact and experience an employment lawyer.

In San Francisco, Bay Area employment lawyer Richard Koss will investigate your case and fight for your right to fair compensation by ensuring your employer adheres to California’s labor laws. Our team can help you take the necessary legal action to recover the compensation you deserve. Contact us to schedule a consultation on your case.