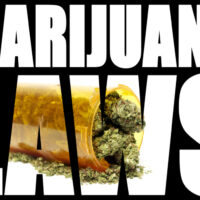 On January 2, 2018, retailers across the state of California—at least, those who managed to procure sales permits—began selling marijuana for recreational use. Now, both employers and employees in the Golden State are asking whether it is still legal for workplaces to utilize policies that prohibit marijuana use by employees who are off the clock, or which allow employers to fire (or refuse to hire) workers who test positive for marijuana. Read on to learn more about the state of drug-free workplaces in California after the legalization of recreational pot use.

California voters approved Proposition 64 in November of 2016, which legalized the possession and cultivation of certain quantities of marijuana for recreational use, and also permitted the sale of marijuana to persons over age 21 as of 2018. The law that legalized recreational pot use also outlined the ways in which employers could still limit the use of pot among their employees or prospective hires. Under the law, employers still have the right to maintain a workplace that is alcohol- and drug-free, and they cannot be forced to allow the use of marijuana on their premises. Employers are also explicitly permitted to maintain policies that prohibit the use of marijuana by employees or job applicants. The law further states that it does not prevent employers from complying with state or federal law. Since marijuana remains an illegal Schedule I drug under federal law, employers are justified in prohibiting drug use among their employees if they so choose.

In other words, even though most recreational marijuana use by an adult will not result in an arrest, it is not a protected activity, and employees don’t have a right to be free from adverse employment consequences if they test positive for marijuana use. California does have a law stating that workers can’t be penalized for “lawful off-duty conduct,” but most experts believe that the law is referring to free speech or political activity, rather than drug use which would still be considered unlawful under federal law. Nevertheless, employers who wish to maintain a drug-free workplace should make it clear through written policies that they prohibit the use of all drugs deemed illegal under federal law. That said, employers may choose to prohibit only the use of drugs which are illegal under California law, carving out an exception for (off-duty) marijuana use under their policies. Employers are encouraged to contact a seasoned California labor and employment attorney if they wish to revise their workplace drug policies.

For assistance with understanding and incorporating new laws into your company’s employee handbook, or if you’re an employee who believes your rights have been violated under California employment law, contact the dedicated and effective Bay Area employment lawyers Richard Koss and Rand Stephens for a consultation in Antioch at 925-757-1700, or in Redwood City at 650-722-7046.