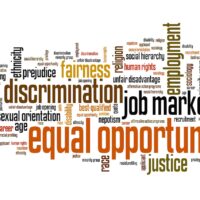 After three years of litigation, a 24-day trial and several hours of deliberations, the jury in the employment discrimination case brought by Silicon Valley venture capitalist Ellen Pao returned a verdict in favor of her employer, deciding that the venture capital firm was not guilty of gender/sex discrimination. Specifically, the jury decided that gender was not a “substantial motivating reason” in the decision not to promote her to general or senior partner, and that her complaints about her treatment were not a “substantial motivating reason” in the eventual decision to terminate her.

Ms. Pao was an employee at Kleiner Perkins Caufield & Byers, a prominent venture capital firm operating in the Silicon Valley. Ms. Pao was hired in 2005 as Chief of Staff to one of the firm’s partners and later became a Junior Investing Partner herself. However, she failed to make Senior Partner and was fired in 2012. No one denies that there is a notable lack of diversity – including both women and minorities – in the venture capital industry. In fact, only six percent of venture capitalists are women. Statistics alone, however, are not enough to prove a claim of intentional discrimination.

Ms. Pao had complained that she was not promoted because of her gender, and further that the company retaliated against her and fired her for complaining about discrimination in the workplace. She presented evidence that her boss referred to her as having a “female chip on her shoulder,” that female employees were not invited to a dinner with Al Gore because they would “kill the buzz,” and that after a colleague appeared at the door of her hotel room in a bathrobe, a senior partner joked to a junior partner that Ms. Pao should be flattered. In the end, however, the jury believed the story told by her employer, that she was held back from a senior position due to her own performance and combative personality traits that did not make her senior partner material. Ms. Pao, who had sought $16 million in compensatory damages plus punitive damages, is currently the interim chief at reddit Inc.

The case of Pao v. Kleiner Perkins Caufield & Byers was brought in the Superior Court of California, San Francisco County, alleging violations of the California Fair Employment and Housing Act (FEHA). Other gender discrimination claims are currently pending against high-profile technology companies, including Tina Huang v. Twitter, Inc., also being heard in the San Francisco Superior Court. Ms. Huang is a former engineer at Twitter who claims the promotion process at the company is unclear and biased toward men. She is seeking certification of her case as a class action. Meanwhile, the Superior Court in San Mateo County is hearing a case brought by Chia Hong against Facebook. Ms. Hong is a former manager at Facebook who is claiming discrimination, harassment and retaliation based on sex and race.

The verdict in the Pao case does not lead to the conclusion that there is no gender bias in Silicon Valley. Quite the contrary. The Pao case just says in this one instance, there was not enough evidence that Ms. Pao’s gender was a substantial motivating factor in her termination. The verdict does not say that gender bias was not a factor at all.

There are varying opinions as to whether the verdict in the Pao suit will increase or decrease the number of gender discrimination complaints and suits being filed in California, and specifically against Silicon Valley companies. It appears there is good reason to believe there is gender bias against women in Silicon Valley firms. Although Ms. Pao lost her case, we expect the number of gender discrimination complaints to rise in California as a result of this high profile suit, as more women become less afraid to complain about gender bias. If that happens, even Pao herself might count this court decision as a victory. “If I’ve helped to level the playing field for women and minorities in venture capital, then the battle was worth it,” Pao stated in a news conference following the jury verdict.