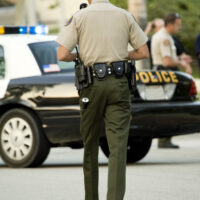 A former California Highway Patrol officer has brought a lawsuit against the CHP alleging that he suffered discrimination and felt unsafe at work as a result of his sexuality. The new lawsuit is one of a wave of lawsuits that have been brought against law-enforcement agencies across the U.S., at least 11 since 2016. Read on to learn about the allegations of workplace discrimination being brought against the CHP, and contact an experienced California labor and employment lawyer with any questions.

CHP Officer Claims Hostile Treatment Based on His Sexuality

A former CHP officer claims that hostile treatment and workplace discrimination followed him throughout his 20-year career as a law enforcement official. His career included stints at the CHP’s San Francisco area office as well as the area offices in Contra Costa and Solano. From his time at the academy when another cadet pointed a training gun at his head and demanded that he admit to his sexuality to being regularly bullied and called homophobic slurs such as “fag,” the officer never felt comfortable or safe as a CHP officer. He would find hangers tied in the shape of penises around his locker, and at one point his fellow officers carved his name off of an award plaque.

He alleges that supervisors did nothing to stop the abuse, which at times went beyond harassment and bullying and in fact put his life at risk. The former officer claims that he would call for backup during high-speed pursuits of stolen cars, high-tension vehicle impoundments, or hit-and-run investigations, but his fellow officers would not respond to the call.

Based on these allegations and after numerous internal complaints were ignored, the officer sued the CHP in Solano County court. The lawsuit was dismissed by the trial court based on the statute of limitations and is now on appeal. The officer is seeking to overcome the procedural dismissal and have his claims heard before a jury.

The recent lawsuit is one of at least 11 that have been filed across the country against law enforcement agencies since 2016, according to an investigation by USA Today. LGBT officers claim they suffered cruel taunts, hostile work conditions, and limited career opportunities. Many allege they were passed over for promotion or denied protection as a result of their sexual orientation. Another CHP officer who has sued for discrimination alleges that in one instance he had a crime scene with four fatalities and was refused backup because of his sexuality.

If you are a San Francisco employer or employee pursuing or defending against a discrimination claim, contact the Richard Koss Bay Area employment law attorneys at 650-722-7046 on the San Francisco Peninsula, or 925-757-1700 in the East Bay.