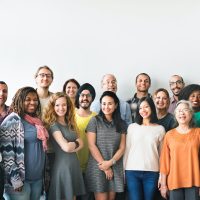 Myth: Only a Worker From the Country or Region Being Discriminated Against Can File a Claim

There is a widespread myth among employers and workers alike that only someone who identifies with a particular group, characteristic, or national origin has the right to file a lawsuit or a complaint with government agencies based on discrimination or harassment targeting that group. This is untrue.

First of all, any worker who identifies any form of harassment or discrimination against any protected group can raise the issue with the employer and, if nothing is done, file a complaint with the federal EEOC or California DFEH. The agency can conduct an investigation concerning alleged discrimination or harassment regardless of who brought the complaint, much like a whistleblower complaint.

Secondly, if a given worker is harassed or targeted based on their perceived national origin, but the persons engaging in the discriminatory conduct are wrong, that worker still has a legal claim based on discrimination. The law does not assume that perpetrators of discrimination have an educated knowledge of the cultures against which they are discriminating. A worker who is targeted, harassed, or subjected to a hostile work environment may have a claim for national origin discrimination regardless of whether they are actually of the national origin their harassers believe them to be.

Myth: A Person Cannot Discriminate Against Someone of the Same National Origin

Myth: A Nickname Is Not Discrimination

Coworkers and supervisors sometimes elect to give another employee a more “easy to pronounce” or “American-sounding” nickname. Employers and supervisors might view such conduct as harmless fun. In reality, giving someone an anglicized nickname can be evidence of national origin or race-based discrimination, as it inherently belittles the employee’s national origin and personal identity. A worker may, justifiably, feel harassed or discriminated against, especially if a supervisor refuses to use their proper name.

In California, employers may require employees to speak only in English so long as they can demonstrate that speaking other languages in the workplace would disrupt the efficient operation of the business and no alternative practice will accomplish the business purpose equally well with less discriminatory impact. If sticking solely to English is not a business necessity, however (such as if employees wish to converse in a different language in the breakroom), then requiring an English-only workplace might be grounds for a discrimination claim.

If you are a San Francisco employee or employer in need of advice or representation concerning workplace discrimination, equal pay violations, wrongful termination, whistleblower protections, or other California labor law issues, contact the Richard Koss Bay Area employment law attorneys at 650-722-7046 on the San Francisco Peninsula, or 925-757-1700 in the East Bay.