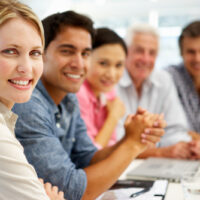 As more and more workers in our economy find themselves in non-traditional relationships with the “employers” directing their work – whether the relationship be through an independent contractor or subcontractor relationship, placement through a temporary staffing agency, or employment with a franchisor of a corporate entity – the ability for unions to negotiate on behalf of workers has become more difficult than in previous eras when most workers worked in a traditional employee/employer relationship. In late August, however, a ruling by the National Labor Relations Board gave labor unions a boost in being able to negotiate for worker rights in these non-traditional situations.

Essentially, the NLRB’s decision redefines the employer/employee relationship for purposes of union negotiations by expanding the concept of “joint employers” to include employers who do not directly employ specific workers but who control the working conditions of those workers. Thus, a company that uses a staffing agency to bring in temporary workers to its facilities could be considered a joint employer with the agency. This move by the NLRB should benefit workers employed by staffing agencies, as it will make employers responsible for working conditions less able to deflect scrutiny on the grounds that they are not actually employers and therefore not subject to honoring worker protections.

The underlying facts of the board’s decision related to a labor union’s attempts to organize employees of a recycling company in Milpitas, California that employed workers through a staffing agency. The labor union tried to negotiate directly with the recycling company on behalf of workers but was initially denied on the grounds that the staffing agency was the workers’ employer. The labor union appealed, and the national board ultimately sided with the labor union, finding that working conditions in the US have changed such that a labor union should be able to negotiate directly with the company actually directing the work of the employees.

Will the Franchisor/Franchisee Relationship be Affected as Well?

The 3-2 NLRB ruling comes with a lengthy dissent by the two dissenting members, who make much of the fact that the ruling will affect a number of non-traditional employment-type relationships, including contractors-subcontractors and the franchisor-franchisee relationship. The majority members stated their position in a footnote that these relationships are not affected by the ruling, but it is possible that this issue will be tested in the near future because of the Board’s decision. It remains to be seen whether unions representing fast-food workers may now be able to negotiate directly with both a fast-food corporation and the franchisors that operate its stores and directly employ its workers.

What will the Future Hold for Joint Employers?

The decision has been met with dissent by businesses and conservative politicians who have vowed to limit the effect of the decision through Congressional action. Whether the labor unions will be able to maintain their ability to negotiate with employers under this expanded definition of joint employer comes at a time when more and more workers have fewer worker protections under the law as companies are moving towards independent contractor models of employment. Notably, at around the same time of the labor board’s decision, a federal judge in California cleared the way for Uber drivers to be certified as a class in a class action against the company for misclassifying the drivers as independent contractors rather than employees. How the labor board’s decision is treated by Congress and courts going forward will likely have great implications for employees classified as independent contractors and their ability to improve working conditions.