Overtime Laws: What Are You Owed for Your Seventh Day of Work? 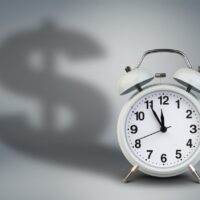 Laws on overtime pay are some of the most important protections that hourly workers have, preventing workers from being forced to work an excessive number of hours and ensuring they are properly compensated for the extra hours that they do work. California labor laws generally discourage employers from having their employees work more than six days in a row, and one of the ways this is discouraged is by mandating that every hour that an employee works on their seventh consecutive day of work is paid at a higher rate.

Read on to find out when you’re owed extra pay for working seven consecutive days, as well as how to calculate the rate of pay you’re owed. Contact a Bay Area labor and employment attorney if you believe you’re not getting paid what you’re owed.

Are you owed overtime pay? Understand whether you’re covered by California overtime laws

California workers are divided into two main categories: exempt and non-exempt. Exempt employees are paid an annual salary rather than an hourly rate of pay. Exempt workers are not eligible for overtime pay. Non-exempt workers are paid on an hourly basis, and any work beyond eight hours in a single shift or 40 hours in a week must be paid at an overtime rate. Workers should only be classified as exempt if they make a certain minimum salary of no less than twice the California minimum wage for full-time work, exercise discretion and independent judgment as part of their jobs, and/or fall into an exempted job category.

That said, some employers take advantage of the savings on overtime and premium pay by misclassifying workers as exempt when they should be non-exempt. A worker’s rights attorney can help you determine whether you’ve been correctly categorized as exempt.

Normally, overtime is only owed after a worker has been on the clock for a full eight hours, or after 40 hours’ work in a single week. The seventh day of work in a row is compensated differently, however. California’s Labor Code, section 510, states that “the first eight hours worked on the seventh day of work in any one workweek shall be compensated at the rate of no less than one and one-half times the regular rate of pay for an employee.” In other words, every hour of the seventh day of work is paid at 1.5 times the worker’s normal rate of pay. There are certain exceptions to this rule, such as where workers are paid a piece rate (i.e., a fixed amount for each discrete piece of work they complete, such as a garment or constructed object).

Once a seventh day extends past eight hours in length, the rate of pay goes up even higher. Normally, workers only earn double their regular hourly rate when they’ve been on the clock for 12 hours or more in a single shift, but that all changes on a worker’s seventh day of work in a week. California Labor Code section 510 mandates that “any work in excess of eight hours on any seventh day of a workweek shall be compensated at the rate of no less than twice the regular rate of pay of an employee.” Therefore, a worker is entitled to time and a half at the beginning of their seventh consecutive day of work, and, at the conclusion of their eighth hour on shift on a seventh day, double their regular hourly rate of pay.

It is critical that all workers know the laws on overtime so that they can ensure that they are getting paid in accordance with the laws. More often than you might like to believe, employers will fail to include overtime pay on workers’ paychecks or will fail to use the correct rate for less common forms of overtime, such as seventh-day pay or work done beyond 12 hours in a shift. Additionally, some employers might try to claim that if overtime work was not authorized, it should not be compensated at 1.5 times the worker’s hourly rate. However, while employers may instruct workers to have overtime work approved beforehand, employers cannot refuse to pay for overtime work after it is completed.

Contact the seasoned and professional Bay Area employment discrimination and workers’ rights lawyer Richard N. Koss for a consultation on your rights under California’s labor laws.