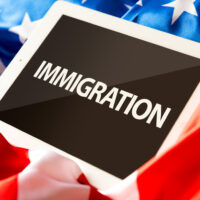 A new bill that would govern the actions of California employers is currently before California state legislators. The bill would prohibit employers across the state from disclosing certain immigration status-revealing records upon request by a federal government agency. Learn more about the potential law below, and contact a seasoned California labor and employment attorney with any additional questions.

The State of California and the Trump Administration have publicly butted heads on multiple topics, but few topics have been as controversial as that of immigration. The fight over federal funding to California’s “sanctuary cities” is now being held in federal court. The latest escalation in the battle over how California treats unauthorized immigrants is now before the California House of Representatives. The bill, AB 450, would prevent California employers from producing employment records such as I-9 forms, or from permitting federal enforcement agents from visiting worksites, without a court-issued warrant or subpoena.

Aside from preventing the disclosure of records or visits without judicial authorization, the law would impose certain notice requirements on California employers. Once federal authorities have produced a warrant or subpoena authorizing them to visit a worksite or inspect employment records, employers must provide at least 24 hours’ notice both to their employees and to the California Labor Commissioner. The employer would also need to provide notice to employees of the outcome within 24 hours after receiving the results of any audit or site visit.

In cases where federal agencies are given authority to visit the worksite without advance notice, the Labor Commissioner would also have to be given access to conduct its own investigation. This could include investigating other potential labor code violations on the worksite. The Labor Commissioner would need to be notified if federal agents appeared at the worksite without warning, and would have the right to inform the employees of their right to remain silent and to speak with a lawyer. Violations of the new law could result in civil penalties of between $10,000 and $25,000, to be recovered by the Labor Commissioner. The bill includes a provision stating that employers are excepted from these requirements when acting otherwise is “required by federal law.” The meaning of this phrase in the context of the bill is not clear.