How to Prove Wage Fraud and Violations in CA 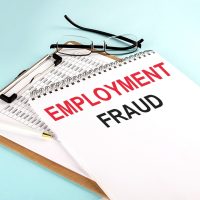 California employers are required by law to pay employees fairly. Employers have many obligations, including paying employees a minimum wage, paying extra for overtime work, giving employees meal and rest breaks (or paying the relevant penalty), and paying employees for the hours of work performed. If an employer tries to skirt their responsibilities and underpay their employees, they could be guilty of wage fraud or other wage & hour violations. Wage theft not only opens up an employer to civil liability; it’s chargeable as a criminal offense. Read on for advice on how to prove your employer is committing wage fraud and other labor law violations. Call a dedicated California labor & employment attorney with any questions or for help with an employment-related matter.

Wage theft is a form of fraud. Wage theft or wage fraud occurs whenever an employer fails to pay employees in accordance with the law. Employers may try to short-change employees and, in doing so, commit wage fraud, through various unscrupulous means. Common forms of unlawful wage & hour conduct include:

If you suspect your employer is committing wage fraud, it’s important to act. Discuss the matter with a labor law attorney and start building your case as soon as possible. Waiting too long to act can render it much more difficult to prove your case down the line. Evidence has a way of disappearing over time, and having the right evidence is key in proving your wage fraud claims.

To support your claim, you’ll need the right kind of evidence. Useful evidence will differ depending upon the specific nature of your claim, but in general you’ll need documents proving the hours you actually worked, the pay to which you are entitled, the pay you actually received (and the pay you didn’t), and other evidence showing unlawful or unscrupulous conduct by your employer.

Evidence you’ll want to collect to support your wage fraud claim might include:

It’s helpful to keep the originals, where possible, and provide copies to your attorney or the relevant state or federal agency. Ultimately, you and your attorney may need to request copies of these documents from your employer as part of your claim. Talk to your labor law attorney about your concerns to learn how you can start building your wage fraud case today.

If you are a San Francisco employee or employer in need of advice or representation concerning wage fraud, wage & hour violations, non-compete agreements, retaliation, whistleblower protections, workplace discrimination, or other California labor law issues, contact the Bay Area employment law attorneys Richard Koss and Rand L. Stephens at 650-722-7046 on the San Francisco Peninsula, or 925-757-1700 in the East Bay.

By Bay Area Employment Lawyers | Posted on November 10, 2022
Skip footer and go back to main navigation