Can You Refuse to Work in a Dangerous/Unsafe Environment? 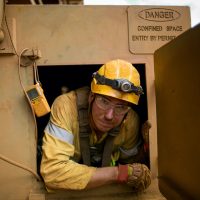 In California, workers are protected by workplace safety regulations and laws authorized by the federal Occupational Safety and Health Act (OSHA) and the California Occupational Safety and Health Act (commonly known as Cal/OSHA). What happens when an employee identifies a hazard in the workplace, but their employer ignores their concerns? Is the employee stuck between working under unreasonably hazardous conditions and risking termination for refusing to work? Read on to learn about an employee’s right to refuse unsafe work in California. Call an experienced California wrongful termination and retaliation lawyer with any questions or for help with an employment-related matter.

California Workers Can Refuse to Work Under Unsafe Conditions

OSHA regulations are meant to protect workers from unsafe conditions. Lawmakers understand that the regulations would lose much of their purpose if workers were limited to after-the-fact remedies. Workers should not be forced to work in unsafe environments, knowing they are at risk. It would offer little comfort to be forced to think: “Well, at least if I lose an arm I can sue.” OSHA regulations give workers the right to refuse to work in unsafe conditions.

On the other side of the coin, lawmakers also understand that workers should not be able to simply refuse to work by claiming the work may be unsafe. In order to protect workers but still foster productive workplaces, OSHA regulations allow workers to refuse to do work only when the following conditions are satisfied:

The danger must be imminent for an employee to refuse to work: typically, if the hazard is not imminent and there is not a real danger of death or serious injury, the employee may not refuse to work. Instead, the employee can inform their employer of the hazard and, if no steps are taken to fix the problem, report the hazard to a state or federal agency such as Cal/OSHA. Cal/OSHA sets similar conditions for refusing to work, also requiring that the employee not have a reasonable alternative to refusing to work that would allow them to do the job safely.

If these conditions are met, an employee can refuse to put themselves at risk by doing work in an unsafe environment.

If an employee has a reasonable, good faith belief that working conditions were unsafe, and the other conditions noted above are met, the employee can refuse to do the work. Employers are prohibited from retaliating against workers who protest unsafe working conditions, including by penalizing the worker, demoting them, or firing them.

If an employer retaliates against an employee for refusing to do unsafe work or for “blowing the whistle” by reporting the hazard to a state or federal agency, the employee could have grounds for an unlawful retaliation lawsuit. The employee may be entitled to significant compensation, and the employer can be forced to remedy their unsafe practices.

If you are a San Francisco employee or employer in need of advice or representation concerning workplace safety issues, retaliation, whistleblower protections, workplace discrimination, or other California labor law issues, contact the Richard Koss Bay Area employment law attorneys at 650-722-7046 on the San Francisco Peninsula, or 925-757-1700 in the East Bay.