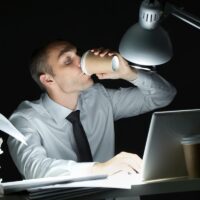 California law guarantees certain protections for employees across the state, including things like minimum wage, workers’ compensation, and additional pay for working overtime. There are, however, exceptions to the general protections afforded to employees. Some protections do not apply to certain types of employees or that apply differently. Continue reading to learn about the overtime exemption for commissioned salespersons in California, and reach out to an experienced California wage and hour lawyer with any questions or for help with an employment-related matter.

In California, employers must pay employees “overtime” if they work more than eight hours in a day or 40 hours in a week. Overtime pay is paid at 1.5 times the employee’s normal hourly pay rate. Certain categories of employees are exempt from overtime protection, however.

Both federal law and California state law include an exemption from overtime pay for certain employees who earn payment based on commission. Under the Fair Labor Standards Act (FLSA), employees who make more than 50 percent of their earnings in a given period from commissions and whose hourly pay rate for overtime is more than 1.5 times the FLSA minimum wage are exempt from the overtime pay requirements.

California, likewise, has an exemption for commissioned employees in the mercantile (retail) industry, as well as those in “professional, technical, clerical, mechanical and similar occupations.” Like the FLSA, California law provides generally that if a retail employee makes more than half of their pay through commissions and their earnings exceed 1.5 times the minimum wage, then employers are not required to pay that employee overtime even if they work more than eight hours a day or 40 days a week in a given pay period.

There has been some confusion, however, about how to define a commissioned employee’s earnings. A recent California Supreme Court case sought to clarify the issue. A Time Warner employee sued for overtime and unpaid minimum wages. Time Warner argued that while she earned less than 1.5 times the minimum wage for some biweekly periods, the extra commission she earned in the other two weeks of each month should be combined and her overall pay evaluated on a monthly basis.

The California Supreme Court rejected Time Warner’s argument, finding that California’s Labor Code refers to wages under the law as paid “twice during each calendar month.” Nor was there justification for ever using pay in later periods to offset underpaid periods earlier in the month or year. To evaluate whether a commissioned employee was subject to the commission exemption, therefore, the minimum wage and 50% calculation should look at each two-week pay period separately. If in a given two-week period a commissioned employee either earned less than 50% of their pay in commission or was paid less than 1.5 times the minimum wage in total, then they are entitled to minimum wage.

If you are a San Francisco employee or employer in need of advice or representation concerning wage and hour, whistleblower protections, workplace discrimination, or other California labor law issues, contact the Richard Koss Bay Area employment law attorneys at 650-722-7046 on the San Francisco Peninsula, or 925-757-1700 in the East Bay.