Transgender Discrimination is Still Banned in California, Despite Federal Efforts 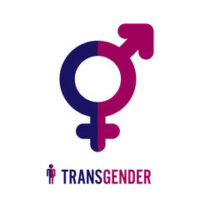 The rights of transgender people under federal law are in flux. The Trump administration is working to roll back transgender protections, including by seeking a narrow federal definition of “gender.” This would effectively eliminate federal civil rights protections in, for example, the education and employment contexts for Title IX and Title VII purposes, respectively. Regardless, California law is clear on the matter: Discriminating against people based on their gender identity is illegal under the California Fair Employment and Housing Act. If you have questions about discrimination claims brought by or against you or your organization, contact a knowledgeable California labor and employment lawyer.

Federal protections for transgender people are in flux

In October, the New York Times reported that the Trump administration is considering whether to define “gender” as an immutable condition determined by genitals at birth. The efforts would roll back decisions made under President Obama that strengthened transgender rights in the education, healthcare, and employment contexts. The Department of Justice (DOJ) has already made clear its position that workplace discrimination based on gender does not extend to gender identity, but that did not stop other private actors from claiming gender identity protection.

Additionally, the Trump administration is attempting to bypass normal appellate process and expedite Supreme Court review of the president’s ban on military service by transgender people. Several lower courts, including in California and Washington D.C., have already found that preventing transgender people from enlisting or discharging them from active service is unconstitutional discrimination and enjoined the Departments of Defense and Homeland Security. The Department of Justice in November filed a request for the Supreme Court to hear the case directly rather than waiting for appellate courts to rule, arguing that the military has a need for an immediate decision as it remains unable to enforce a stated policy due to court injunctions. If the Supreme Court takes the case, the decision may rest more on executive authority over the military than the civil rights of soldiers, but regardless it would have a significant impact on gender identity rights in the country.

The California Fair Employment and Housing Act (CFEH), signed into law in 2011, prohibits any employer from taking any adverse employment action, including discharging, refusing to hire, or altering compensation for a person, based on their “sex, gender, gender identity, gender expression” or “sexual orientation.” Additionally, the CFEH Council issued modified regulations clarifying that “gender identity” includes a person’s “internal understanding of their
gender, or the perception of a person’s gender identity,” which may be “different from the person’s sex assigned at birth” as well as “transgender.”

CFEH also prohibits harassment of employees as well as retaliation against an employee for reporting any discrimination based on the statute. Employers are required to deter and discourage sexual harassment, including by posting a notice regarding transgender rights somewhere in the workplace as well as hosting mandatory training on sexual orientation, gender identity and expression, and harassment prevention. Employers who fail to uphold these standards or commit or facilitate the commission of discrimination or harassment in the workplace based on gender identity may face significant legal liability.