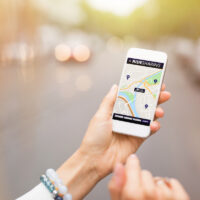 A recent decision by the US 9th Circuit Court of Appeals has forced a potential class of drivers for the ride-sharing app Uber to arbitrate their claims, rather than litigate them in court. This decision could have wide-reaching implications for hundreds of thousands of drivers currently pursuing claims against the company in court.

The recent 9th Circuit decision was made in the case titled Mohamed v. Uber Technologies, Inc., which had been designated a class action, brought by two Uber drivers who claimed that Uber’s background check system was in violation of the law. The trial court judge overseeing the case, US District Court Judge Edward Chen, had ruled that while most of the drivers who signed up with Uber in 2013 and 2014 had signed arbitration agreements, those agreements were not enforceable. Uber appealed this decision, and the 9th Circuit sided with Uber. The justices noted that, since the arbitration agreement signed by Uber’s drivers included a proviso that an arbitrator must decide “all matters” regarding the contract, this should include decisions regarding whether or not the arbitration agreements are enforceable. Thus, the justices concluded, Judge Chen had overstepped his authority in finding the arbitration agreements invalid.

This decision from the 9th Circuit came as somewhat of a surprise to labor and employment law experts. In its recent decision in Morris v. Ernst & Young, LLP, the 9th Circuit had ruled that an employer was in violation of the National Labor Relations Act by requiring employees to sign agreements in which employees waived their right to act as a class and forced them to arbitrate claims on an individual basis. In the Mohamed decision, however, the 9th Circuit concluded that, since the Uber drivers could have chosen to opt out of the arbitration requirement, they had willingly waived the right to pursue labor and employment claims as a group, making the arbitration agreements legal under the National Labor Relations Act.

As a result of this decision, the drivers who are suing Uber based on its background check procedures will be forced to arbitrate the bulk of their claims individually, rather than continue in court as a group. Some of the class’ claims will be permitted to move forward in court; namely, those made under California’s Private Attorneys’ General Act (PAGA), a law which allows private citizens to pursue claims for penalties which could have been pursued by the Labor and Workforce Development Agency and provides that any award is shared between the state and successful employee claimants.

The Mohamed decision could have an impact on numerous other lawsuits against Uber by drivers across the country. Specifically, the decision could force a large class of drivers to start from scratch after having reached a settlement. That lawsuit (O’Connor v. Uber Technologies, inc.) was filed on behalf of a class of 240,000 Uber drivers in California and Massachusetts who claimed that they should have been classified as employees, rather than independent contractors, and the claims had been allowed to continue in court rather than being forced into arbitration. The parties had recently reached a settlement agreement which was rejected by the court as being too low and thus unfair to drivers, but with the recent decision upholding the arbitration agreements, Uber may end up abandoning lawsuit settlement efforts and attempt to force the class into arbitration instead.

If you have been the victim of discrimination, unpaid wages, or other unlawful practices on the job in California, contact the experienced and determined Bay Area labor and employment attorney Richard N. Koss for a consultation on your case, on the San Francisco peninsula at 650-722-7046, and in the East Bay at 925-757-1700.