Waiting Time Penalties: Can I Get Them From My Employer? 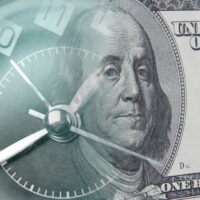 California law protects employees at all stages of employment, from interviewing to hiring and onboarding, all the way through termination. Among other things, California law requires employers to promptly pay their employees any wages still due upon termination of the employee. If an employer fires an employee and fails to pay out the wages the employee has already earned, the employer may be held liable. Moreover, they have a duty to pay out those wages promptly. What happens when they drag their feet and delay paying wages to a now-terminated employee? Read on to learn about waiting time penalties in California, and if you have labor law concerns in or around San Francisco, call an experienced Bay Area labor & employment attorney with any questions or for help with an employment-related matter.

Getting Your Final Paycheck

When an employee is fired or terminated, the employer has a legal obligation to tender any final unpaid wages immediately. Employees must be paid their final wages whether they were terminated for cause, laid off, or fired for no reason at all. Employers cannot condition payment of final wages on the employee waiving any rights or releasing the employer from liability. Any such agreement will not only be found unenforceable; it may lead to misdemeanor charges for the employer. Final wages include unpaid wages as well as payment for accrued vacation days or other accrued guaranteed paid time off.

If the employee was terminated, then the employer must make the employee’s final wages available immediately. They should be tendered at the time of termination, either at the place of discharge (i.e., by hand-delivered check) or through direct deposit. There are exceptions to the rule in certain industries or under certain circumstances, such as when the employee is subject to a collective bargaining agreement that alters when employees get their final paychecks.

California Labor Law section 203 dictates that employers who fail to pay final wages on time may be subject to waiting time penalties. The penalty takes the form of a continuation of the employee’s wages from the due date thereof until the final wages are paid or legal action for those wages is commenced. The penalties can continue to accrue for up to 30 days. The employee is not actually due additional wages as if they were working, but the penalty assessed will be calculated at the employee’s daily rate of pay until the situation is remedied. The waiting time penalty applies only to unpaid wages and does not apply when an employer takes longer to pay, for example, reimbursement for business expenses.

Waiting time penalties will not be assessed in all cases. The employer’s refusal to pay final wages must be willful rather than accidental (such as due to a clerical error). The employee must not be deliberately hiding to avoid collecting payment of final wages and accrue penalties; if an employee avoids receiving payment, they are not entitled to penalties.

Additionally, employers may not be assessed a waiting time penalty if there is a good faith reason for the delay. A good faith reason might constitute, for example, a good faith error concerning the amount of final wages due under the employment agreement or dispute over the date of termination. There may also be a good faith dispute as to the actual final wages to which the employee is due. If an employer can present reasonable evidence suggesting a dispute as to the amount of the final wages due (such as ambiguity concerning accrual of paid time off), they will not be assessed a waiting time penalty even if they ultimately lose that argument.

If you are a San Francisco employee or employer in need of advice or representation concerning wage & hour violations, non-compete agreements, retaliation, whistleblower protections, workplace discrimination, or other California labor law issues, contact the Richard Koss Bay Area employment law attorneys at 650-722-7046 on the San Francisco Peninsula, or 925-757-1700 in the East Bay.

By Bay Area Employment Lawyers | Posted on May 3, 2022
Skip footer and go back to main navigation