What is “National Origin” Discrimination? 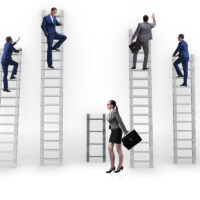 What is National Origin?

Without giving a comprehensive definition of National Origin, the regulations specifically include any of the following characteristics related to individuals or their ancestors, whether real or perceived:

In addition to being protected against discrimination based on national origin, the new rules make it clear that harassment based on national origin is illegal as well. Such harassment could include epithets, derogatory comments, slurs, mocking an accent, threatening deportation, etc. Harassment can be found when the conduct is so severe or pervasive that it alters the working conditions and creates an abusive working environment. Even just one instance of unwelcome harassment can be severe enough to create an unlawful hostile work environment.

The new regulations also point out that height or weight requirements could have a disparate impact on people on the basis of their national origin, in which case the employer would have to demonstrate the requirements are job-related and justified by business necessity. Even so, if an applicant or employee could prove the employer could meet its need just as effectively through less discriminatory means, then the requirement will be held unlawful.

Under prior regulations, employers were allowed to have workplace policies that required employees to only speak English at certain times if the rule was justified by business necessity and if employees were informed when and where only English could be spoken and the consequences of violating the rule. The new Regulations turn the old rules on their head by making it an unlawful employment practice for an employer to limit or prohibit the use of any language in the workplace or adopt an English-only rule unless the restriction is 1) justified by business necessity, 2) narrowly tailored, and 3) the employees have been effectively notified of the rule and its consequences.

The burden is on the employer to show that an English-only rule meets all the requirements of the revised regulations. Further, the new rules make it clear that employees cannot be language-restricted during non-work time, including meal periods, rest breaks, unpaid employer-sponsored events, and the like.

Yet another aspect of the new regulations is to make clear that undocumented workers are protected to the same extent as other applicants or employees regarding lawful and unlawful employment practices. The rules make clear that it is illegal to ask about immigration status or discriminate based on immigration status, unless the employer can show by clear and convincing evidence that it is required to do so to be in compliance with federal immigration law.

If you are a San Francisco employer or employee needing personal assistance navigating the new rules, revising company policies or pursuing a discrimination claim, contact the Richard Koss Bay Area employment law attorneys at 650-722-7046 on the San Francisco Peninsula, or 925-757-1700 in the East Bay.