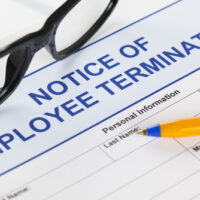 In a story that has made news, not just among college football fans or University of Southern California alums, but nationwide, Steve Sarkisian, the one-time bowl-winning football team’s coach, was fired in October of 2015. This termination is now gaining attention due to the fact that Sarkisian alleges it occurred in violation of his rights as an employee with a disability.

Sarkisian filed a wrongful termination lawsuit against the university on December 7, 2015. With this lawsuit, the former head coach seeks $12.6 million allegedly owed on his contract—plus additional fees that experts estimate total $30 million in damages. The lawsuit’s claims include breach of contract, failure to accommodate a disability, discrimination on the basis of a disability, retaliation, violation of the confidentiality of medical information, and wrongful termination. The complaint describes the circumstances of Sarkisian’s termination from his perspective, which contrasts sharply with the media’s portrayal of these events. Sarkisian made an embarrassing public appearance in August of 2015, speaking to a group of donors while apparently highly intoxicated. According to Sarkisian, after this incident, the athletic director at USC had written a letter to Sarkisian requiring him to attend weekly therapy sessions with one of USC’s therapists, noting that he would need to take care to avoid any embarrassing events in the future that involved alcohol.

Pursuant to these instructions, Sarkisian began meeting on a weekly basis with a sports psychologist employed by USC, and a school psychiatrist had prescribed Sarkisian with medication for the anxiety he suffered. As the months went on, Sarkisian realized that his alcohol problem had gotten out of hand and that he needed further help, feeling that the half-hearted “treatment plan” USC had offered him had not been effective. On October 11, days after a particularly punishing loss, Sarkisian had taken the medications as prescribed by the USC doctors, but was left feeling very unwell. Sarkisian alleges that he knew he was not able to conduct practice that day, and that it was not due to being intoxicated, but rather the medications prescribed to him by USC’s doctors. After Sarkisian went home early, he claims that the athletic director called him at home, and states that he took that opportunity to tell the director that he needed treatment for his alcohol problem, anxiety, and depression, and would need to take leave from his position. The director immediately placed him on an indefinite leave of absence. USC’s psychologist made contact with Sarkisian again, but advocated only upping the dosage of the medication he was already taking, and failed to offer any new strategies for combating his alcoholism. Sarkisian, believing he would be permitted to return after his leave for treatment, made arrangements to begin an intensive inpatient alcohol treatment program. The next morning, as Sarkisian was on a flight toward an inpatient treatment program, he received an email stating that he had been fired. USC strongly contests Sarkisian’s telling of events, claiming that Sarkisian never told the USC administration that he was an alcoholic. The university further alleges that an arbitration agreement in Sarkisian’s employment contract governs this dispute, barring this lawsuit from proceeding in court altogether.

While not traditionally thought of as a disability requiring accommodation, the latest research surrounding alcoholism shows how the condition does indeed function as a disease, requiring dedicated, intensive treatment to eradicate. The federal Americans with Disabilities Act (ADA) will consider an alcoholic disabled where that condition “substantially limits one or more major life activities,” and California’s Fair Employment and Housing Act (FEHA) finds a disability where major life activities are rendered “difficult” by a condition. Work is considered a major life activity by both the ADA and FEHA. As with any disability, employers must enter into a back and forth discussion (an “interactive process”) with the disabled employee to try to find a reasonable accommodation for the person, so long as such accommodations do not cause the employer an undue hardship. While employers are not required to keep an unsafe or destructive employee on staff simply due to their disability, many employers may not realize they are required to regard alcoholism as as they would any other disability.

If you are a California employee and believe you have been discriminated against because of your sex, sexual orientation, race, color, national origin, disability, or religious beliefs, or if you believe you were wrongfully terminated, or if you are an employer attempting to engage in an interactive process with a disabled employee and want legal assistance in doing so, contact the skilled Bay Area employment lawyer Richard Koss for a consultation on your issue at 650-722-7046 or richard@rkosslaw.com.